Stay up-to-date with The Research Foundation. Read our latest news and learn more about upcoming events.

More than $85,000 raised for health education and scholarship programs at Golf Classic 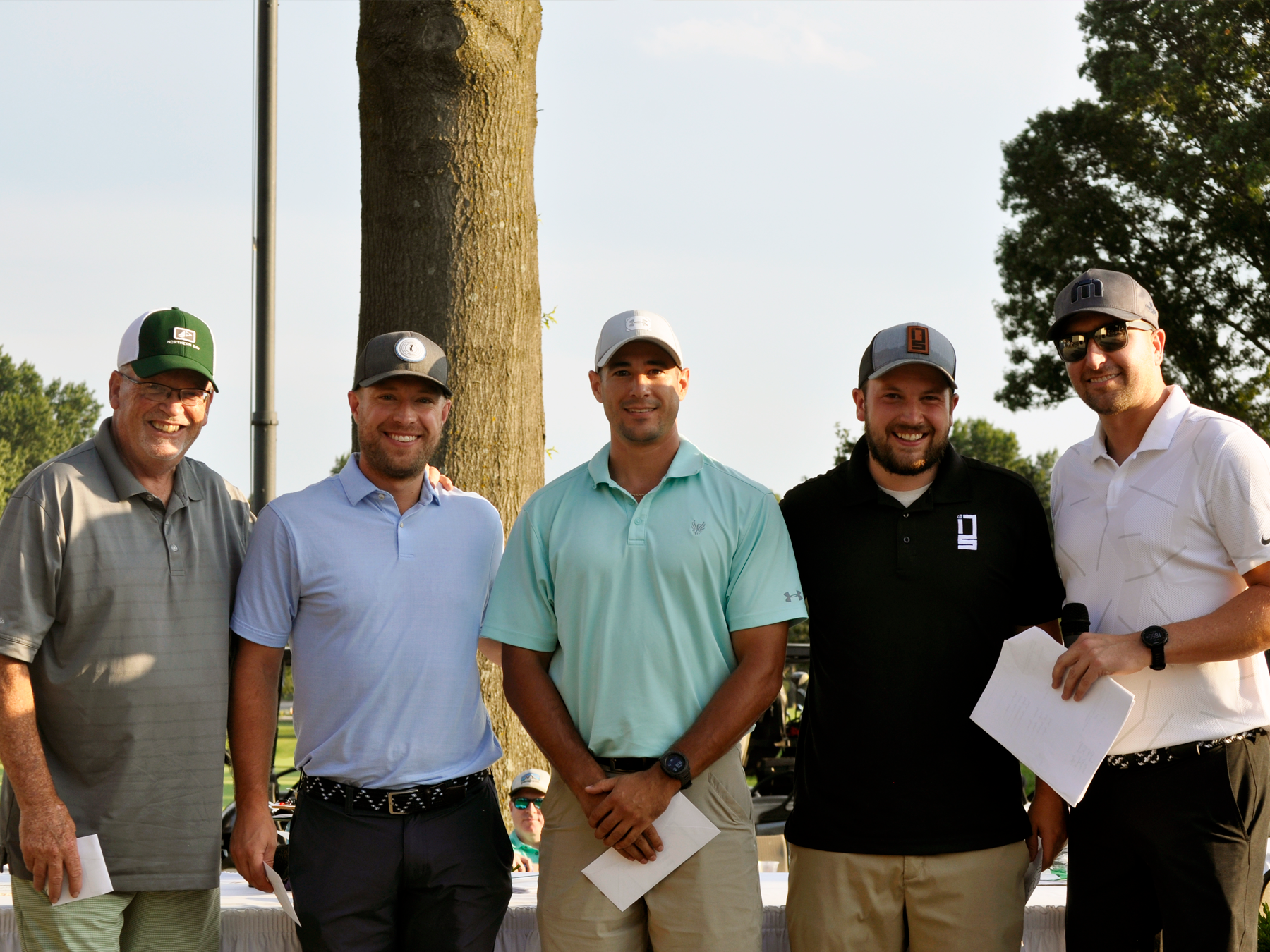 Golfers enjoyed several activities throughout the day including a boxed lunch sponsored by Ascentist Ear, Nose & Throat and Schindler Elevator Corp., Italian sausage compliments of Scimeca’s, root beer floats compliments of Belfonte, beverages compliments of County Beverage and Pepsico, and snacks compliments of Canteen Vending. The round of play was followed by a cocktail hour sponsored by Clarkson Construction Company and street tacos.

All ties were determined by a scorecard play-off.

Hole 1, Closest to the pin in two shots: Dave Ruf

Hole 4, Closest to the pin in two shots: Todd Bartels

Hole 11, Closest to the pin in two shots: John Krajicek

Hole 12, Closest to the pin in two shots: Kevin Hanrahan

“The Research Foundation is grateful for the consistent contributions from this community,” Rose Simone, The Research Foundation tournament director, said. “Kansas City businesses, physicians, and individuals have golfed, volunteered, and donated to this tournament for 32 years. This event provides a significant amount of funding for our health education and scholarship programs, and we couldn’t do it without this unwavering level of support.”

Learn more about The Research Foundation and its programs at theresearchfoundationkc.org.